PLANET ARTS IN TUNISIA
Planet Arts in cooperation with the U.S. State Department in Tunisia is happy to announce a series of virtual workshops for Tunisian musicians

The goal of the project is to connect U.S. musicians, educators and producers with their Tunisian counterparts of all levels and genres to establish a cultural exchange of ideas methods and experiences  as well as to initiate a music entrepreneurship program to help Tunisian musicians build a creative economy that will extend beyond the borders of Tunisia/North Africa and give them the tools to compete in the global music marketplace while staying true to their rich cultural heritage.

The series has been curated by Thomas Bellino (Managing Director/Producer of Planet Arts Inc.) and world renowned trombonist/producer Douglas Purviance. 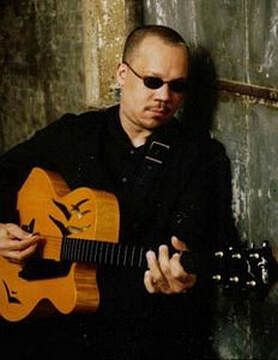 ​
​Rodney Jones started playing the guitar at age 6. He has recorded two records for the Blue Note label, “The Undiscovered Few” and “Soul Manifesto”. He has toured worldwide, performed and recorded with a who’s who of music including Dizzy Gillespie, James Brown, Lena Horne, Quincy Jones, Christian McBride, Stevie Wonder, Elvin Jones, Kenny Burrell, Stan Getz, and countless others. He was the house guitarist for the Apollo Theatre for 9 years, and the staff guitarist for the Rosie O’Donnell Show for 6 years. He has written commercials and has more than 125 compositions recorded. He recently scored a documentary film for PBS about African American GIs in WW2. He served as Musical Director/Producer for Lena Horne, Ruth Brown, Gloria Lynne, Ernestine Anderson and others.. He has been a professor of Jazz Guitar Studies at The Juilliard School for 12 years and at The Manhattan School of Music for more than 20 years and has conducted clinics and workshops worldwide.
Ben Allison
Renee Rosnes
Fawzi Chekili and Douglas Purviance
Brandon Lee

​Brandon Lee made his first connection with Wynton Marsalis through Essential Ellington. In 2001, Lee was 1 of 18 students chosen in the inaugural class of the jazz studies program at The Juilliard School. From 2009-12, Lee was on the jazz studies faculty as one of the youngest faculty to ever teach at The Juilliard School. Lee has performed with Christian McBride Big Band, Vanguard Jazz Orchestra, Birdland Big Band, David Berger Big Band, EyalVilner Big Band, Aaron Diehl featuring Cecile McLorin Salvant, Jazz At Lincoln Center Orchestra, and the Kenny Barron Quintet, Fat Cat Big Band and many others. In February 2018, Lee was awarded his first Grammy as a sideman on Christian McBride’s big band album, “Bringin’ It”. As a leader, Lee has recorded three albums: “From Within” (2007), “Absolute-Lee” (2010), and his latest, “Common Thread” (2017). He also co-leads a 10-piece group called the Uptown Jazz Tentet (UJT). In March 2017, UJT released its first album titled, “There It Is.” Lee moved to North Carolina from 2013- 18 to pursue a college teaching position for the Miles Davis Studies program at University of North Carolina, Greensboro (UNCG). Brandon holds both a Bachelors and Masters of Music Degree from The Juilliard School’s jazz studies program.
Al Pryor
Fela Davis
Alexa Tarantino
Rich Falco and Michael Benedict